I simply thought I was being a good wife, deciding to take my pastor husband away on a cruise so that he could get a full week of total relaxation. After all, spending time on our 30 year old sailboat isn’t the most relaxing thing to do… something is always breaking!

We’d also just spent a month in the middle of a family storm that caused some major emotional stress and the thought of going on a cruise to decompress and allow the Lord some space to do His thing in our hearts felt like the right thing to do.

We had planned to spend 2 more weeks in August on the sail boat, but one day I received a sales call offering me a low cost cruise. I thought, Hey! I’ve been on lots of cruises, but most of them have been work related…this would be a good way for us to really get away and relax!

I didn’t take the offer from the salesperson, but immediately visited the website for “last minute cruises” where you can save up to 80% by booking at the last minute.

I searched and searched…setting my criteria for a few specifics:

So search I did and finally nailed down an option with a great price, and all the other aspects were in order. I booked the cruise and went on with my day.

The closer our sail date approached, the more I began thinking about my experiences on cruises.

While I was in the middle of my detour into deception, sparked by a conversation with a fellow conferee at the Write to Publish conference on the Wheaton College campus, I had the idea to do a Writer’s Cruise as a special event for the Northwest Christian Writer’s Association. I think I was probably president at the time, and we were looking for new ideas to add value for our members. So, over the next 6 years, we held 3 NCWA Alaskan Christian Writer’s Cruises, each time bringing in a keynote speaker, editors and other industry professionals. They were wonderful events, but there was always the behind the scenes intimidation, abuse, and shaming by Tim Williams, the wolf in sheep’s clothing. Since his wife was also involved on the NCWA board, he came along as some sort of spiritual authority for the group. <big sigh>

After winding down the last cruise for NCWA, the wolf decided (after getting a taste of the good life) to take the staff of WinePress on a cruise to further exert his authority as management and move his agenda forward. The biggest thing I remember on that cruise was his focus on convincing us all (but most importantly me) that raising the rates for WinePress services was doing God’s will, because this was His business, and any of us who had reservations about the new prices he was setting were “in sin.”

Truth be told, I was always complaining about the inflated prices and the diminishing value provided for the services being sold. That was not the way I built the company and it bothered me that it seemed to me like we were taking advantage of people. I was always getting in trouble with the new management, being told I was in rebellion against God’s will. And all along, the wolf was just lining his pockets… and it really had nothing at all to do with God’s will at all.

So here I am remembering all the undertones on these cruises, all the manipulation, all the word games, all the humiliation when I dared to disagree.

I began to wonder…just when was that cruise?

I called the cruise line and told them I’d been on their ships in the past and had an upcoming trip booked. Could they look me up and tell me when I’d been on the boat last?

I was beginning to put the pieces together. As I looked at the pictures of the ship, I realized that the ship we were booked on was the same ship we sailed on with the WinePress cruise. Hmmmmmm… what’s God up to here? 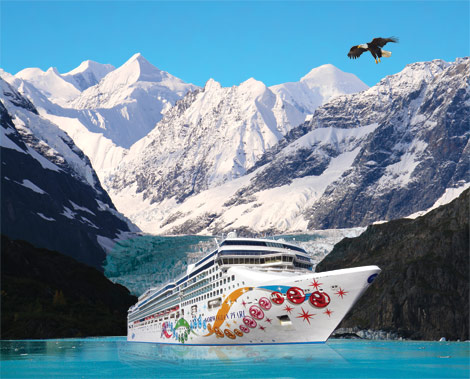 And then she said it…

I almost dropped the phone.

We are sailing from August 16 to August 23, exactly 7 years later. On the same ship. To the same place.

I had to steady myself.

How gracious is the love of God. That He would want to redeem even a cruise where He loves to show off His magnificence in nature and provide rest and relaxation for weary souls.

A cruise that was used by the evil one to destroy my soul and condemn me into silent submission. It was used to do the exact opposite of its true purpose. And at the time, it was effective.

But here I am, on the eve of embarkation on that same ship, with the man of my dreams, free from the chains of spiritual abuse, legalism, and deception. To be refreshed and renewed. To have this experience the way a gracious God would have it, not the counterfeit I’ve experienced in the past.

It really does take my breath away.

WOW. He really is faithful. Always.