Five years ago today, the scales fell from my eyes and I could finally see the truth. I had believed a lie was the truth, and gave up everything for it, thinking I was doing it for God. But He is a Romans 8:28 God! He works ALL things together for good for those who love Him and are called according to His purposes.

I am rejoicing today in the way He has renewed family ties, redeemed my life, and restored what the enemy has stolen. He is ALWAYS FAITHFUL!

God’s Faithfulness – Out of Captivity & Into His Redemption from Redemption Press on Vimeo.

Tonight marks the 5th New Year’s Eve I’ve celebrated since God opened my eyes to the deception I believed was truth for 12 years.

It must be difficult for the handful still left in Sound Doctrine to ask themselves the question…could it be true…that what you’ve believed is a lie? That someone you trusted and believed in could actually be guilty of the crime he was convicted of? That it really is a destructive cult? That the leader you follow does not speak for God? That you’ve been led astray?

Being willing to ask those hard questions takes courage, and a humble heart.

I commit this New Year to continue praying for those still blinded by the enemy’s lies.

At the same time I rejoice in my growing ability to ignore those who, as a result of believing those lies, call evil good and good evil.

I choose healthy boundaries, and I say “no” to:

Here’s the deal…those tactics don’t work on me anymore.

And I praise God for that.

To all who’ve been led astray and to those who’ve found true freedom in Christ outside of the cult of Sound Doctrine, I pray that He continues to draw you to Himself and heal every wound caused by the enemy of our souls.

On the anniversary of my fourth year out of the cult of Sound Doctrine, I am praising God to be able to connect even more dots as to the why’s and how’s of my 12 year detour into deception.

As I taught this last weekend at a ladies’ retreat, I covered areas of vulnerability that can leave anyone open to deception. I used some quotes from a book we developed for ministry back in the late 90s and as I read this one section to the ladies, it took my breath away how precisely the enemy of my soul used these tactics through the leadership of the wolf in sheep’s clothing, Tim Williams.

This is the section of the book, Behind Enemy Lines, where the guerrilla warfare tactics are compared to the way Satan operates, and any comments I add will be italicized:

The following list of ways the enemy fought is by no means compete, but it will serve to show you some of the tactics used by the Viet Cong (VC) and North Vietnamese soldiers to kill, maim, harass, and disrupt our war strategies. You will see how these methods match Satan’s ways in fighting us in the spirit realm.

Tim Williams used his wife, Carla, to draw people into his initiative. She found her way into positions of credibility so that she would be seen as friend, not foe. That was a very effective strategy…it sucked me in, and in the end, gained him a publishing company to further his agenda and doctrine.

The enemy used Tim Williams to shift our attention off winning souls and onto promoting his agenda, his doctrine, his message that ultimately divided families and destroyed lives. His twisting of scripture rendered the hearts and minds of his followers ineffective to discern the truth from a lie.

Tim was a master manipulator and using shame based theology he set traps to beat us down and make us question our ability to hear God and discern His will.

Tim effectively used children as pawns in his game of deception. He and his wife openly shamed the parents, telling them they were unfit to lead their children in the Lord, and then turned the children against their parents, building into them complete loyalty to their new “granny and grandpappy.” That inevitably made the parents more dedicated to the wolf’s doctrine and agenda because they didn’t want to lose their kids or grandkids.

This was common in the cult. No one was safe, people were used against each other in order to further the wolf’s agenda and provide information to be used against them in the future to his advantage.

There was always lots of talk and preaching of Satan and his strategies, when the reality was he was in the midst of this group and calling all the shots, in the Name of Jesus.

WOW. Reading this book again after all these years, with 20/20 hindsight, it’s amazing to see how the enemy worked to steal, kill and destroy our family, business, and faith.

Today is, however, a victory day. Four years ago I escaped the mind-control and evil deception of Sound Doctrine and Tim Williams, and am connecting new dots as I review the schemes of the evil one and more clearly see how he worked in my life and the life of my family.

Let me be clear. I am not one who sees a demon behind every doorknob. But I have to say, the church had better wake up and realize how the enemy works. There is just too much at stake and there are too many opportunities for him to come in and deceive. I am living proof of that, and I praise God He rescued me from that deception. There continue to be too many others caught in the enemy’s grip through Tim Williams and Sound Doctrine, and other spiritually abusive leaders out there. Oh God, please open their eyes, in Jesus’ Name! 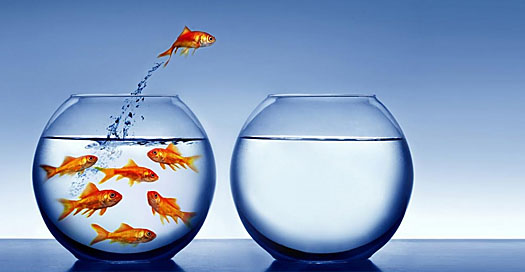 It’s been 44 months since I gained my independence from toxic leadership.

As I thought through the characteristics of this type of destructive leadership and what I am no longer dependent on, I could only praise God for opening my eyes, delivering me from deception, and giving me the courage to warn the rest of the body of Christ.

There are many red flags we MUST be aware of that characterize a toxic church. At the same time, I cannot over-emphasize the importance of us as Bereans understanding scripture IN CONTEXT, being willing to respectfully question and search out the truth, not just believing what someone says because they are a persuasive communicator who quotes a lot of scripture.

Here’s the full post that illustrates what to watch for in leadership, and may we be ever thankful for the independence that Jesus has given us by giving up His life for us.

I am finally starting to write what may well be the most significant work of my life. As you can probably guess, it is about my most recent detour into deception and God’s amazing grace to rescue me, get me back on track, heal, restore, and renew my faith after my near-fatal collision with the pit of hell.

The working title is “Deception’s Open Doors” … Over the last year or so, I have consistently recognized the open doors that had given the enemy access to deceive me, wreaking havoc and devastation in my family and nearly destroying my faith in the One Who saved me.

However, I don’t just want to tell MY story … I want to share other tales of deception and those additional doors that have given entrance to the destroyer.

If you have experienced deception in your life, and have, in hind sight, looked back and learned what vulnerabilities in your life invited the enemy in and enabled you to believe the lie, I would love to hear from you.

If you prefer to remain anonymous in the final manuscript, I will certainly protect your identity in appropriate ways.

It’s the stories I want to share, along with mine, to help others avoid, if at all possible, the painful, tragic results of deception.

Please feel free to forward this announcement or repost on other writers networks or sites.

Thanks in advance for helping me spread the word!